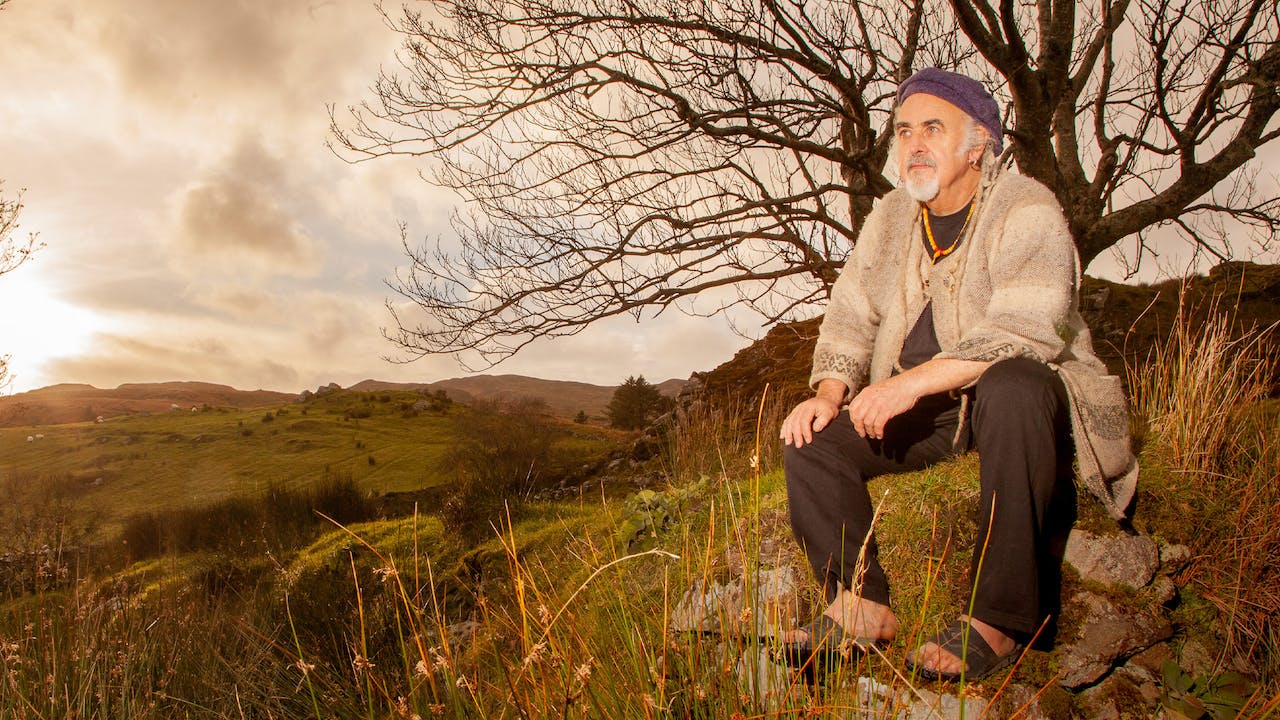 Steve Cooney performs music from his ground-breaking album of harp music performed on solo guitar winner in three categories at the 2020 RTÉ Folk Awards and discusses this special project with writer and broadcaster, Donal Dineen.

Steve Cooney is best known for his development of an influential style of guitar accompaniment to traditional Irish dance music which he developed in West Kerry, and for which he won the National Entertainment Award with Séamus Begley in 1997. Born in Melbourne Australia in 1953, he came to Ireland in 1980 and maintains his connections with the Aboriginal culture there, into which he was initiated. He has ancestral links with Tipperary, Cavan and Galway.

“I recently recorded a CD of old harp tunes for solo guitar. Fiddler Martin Hayes challenged me to do it over a year ago… he knows that I like the studio process where you can – at your ease - build up rich textures through the multilayering of different instruments; and so he put it to me to create a CD of just a single instrument… a bit of pressure!

In advance of the recording I went to Queens University library in Belfast where Edward Bunting’s manuscripts are kept, in order to hunt down tunes that were played at the time of the 1792 Harp Assembly. In particular I was looking for a variation of the Cúilfhionn written by the Kerry harper Con Lyons that was played by the venerable Magilligan harper Donncadh Ó hAmhsaigh at the Assembly. I also found some lovely tunes there that came as surprises to me. I formed versions of these tunes that incorporated elements from the current oral tradition as well as from the earliest manuscript sources.

Some of the modern influences of my colleagues were those of Muintir de Barra, Laoise Kelly, Gráinne Hambly and Billy Jackson, Odhrán Ó Casaide and particularly Kathleen Loughnane who did a great deal of research into the music of the Connellan brothers from South Sligo in the latter half of the 1600’s into the 1700’s. Other composers from that great historical harping period that provided material for this CD include Turlough O’Carolan, Ruaidhrí Dall Ó Cathain and Con Lyons as well as tunes by unknown harper-composers that passed down to us through the ancient oral tradition.

As a guitar player, it’s important for me to recognise that we - as guitar players - have the potential to access the great depth of the Gaelic harp tradition: we pluck strings with our fingers as do the harpers. The tonal sensations are also similar – the steel strung guitar shares elements of tonality with the old wire strung harps. We don’t need to feel limited to strumming the guitar as ‘accompanists’ or ‘backers’… if we put in a small amount of work to get inside the harpers’ mindset we can be a part of their world. The Brehon law givers considered the harp the only instrument of noble status, and by making a study of that practice we can share in the nobility of that ancient tradition.”