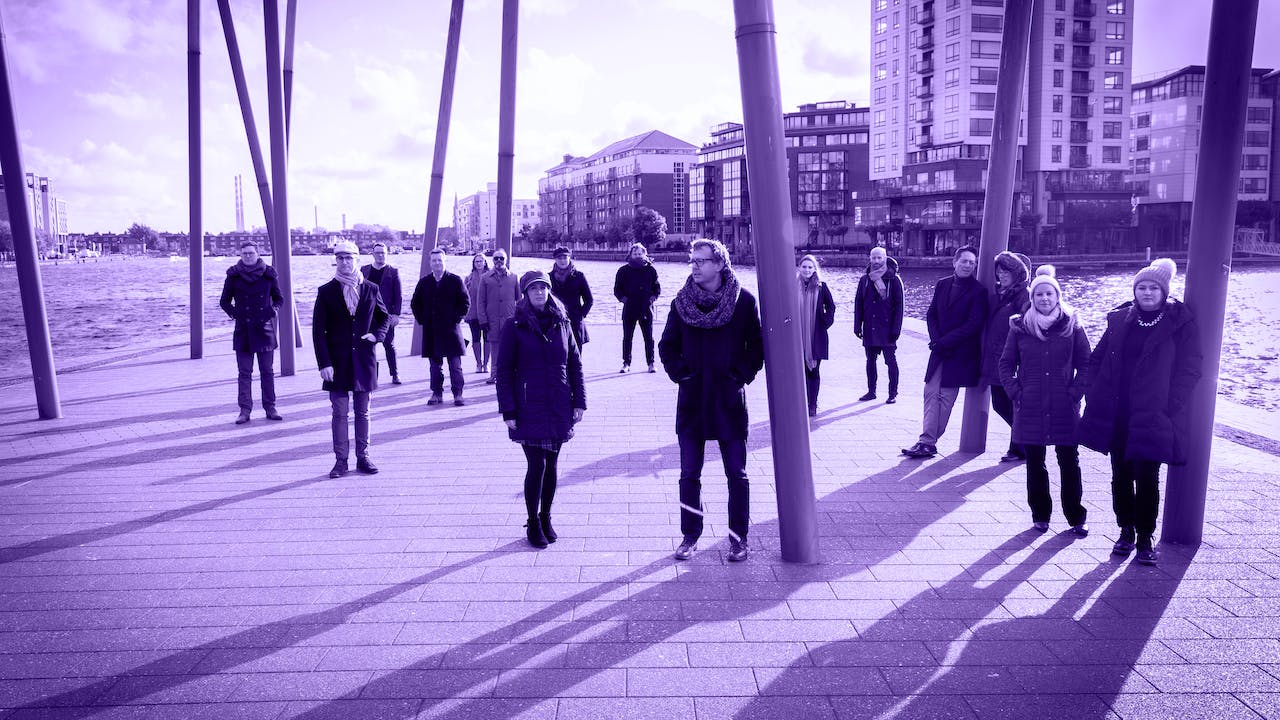 Music From The Four Corners Of The Earth 26/9 8PM

Chamber Choir Ireland travels to the four corners of the earth in this programme. As our starting point we sing US composer Aaron Copland’s Cantata In the beginning, with its gentle narrative of the creation story from Genesis, suffused with harmonic echoes of American folk psalmody. Then we move to Australia for Ross Edward’s Mountain Chant - three sacred choruses centralised by Fred Watson’s poem of the same name.

The concept of the sacredness of the mountains continues as the programme moves to Russia and 18th century composer Bortniansky who, having studied and worked in Italy, returned to be one of the most highly acclaimed composers of the time - particularly in the area of Church music. Then in conclusion, we interpret the present through the lens of what has come before, with Heitor Villa-Lobos’ Bachianas Brasileiras No. 9 - one of a suite of works where the composer sought to fuse Brazilian folk and popular music of the early-mid-20th Century with the style of J S Bach.

In this programme we travel the world, we look back in order to inform the present and the future, we seek enlightenment as we begin to reach the end of one of the darkest times in living history, as we heal, recover and emerge into a new world.