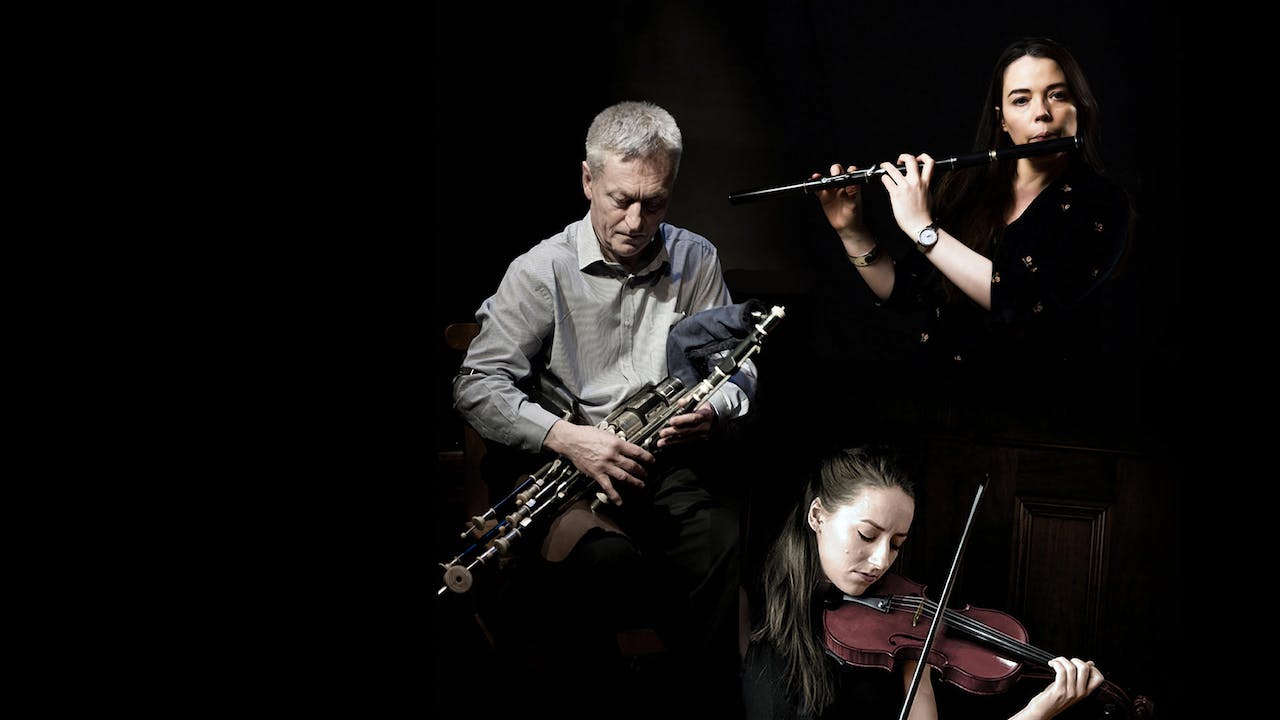 The manuscripts, held at Trinity College Dublin and now published in two volumes by the Irish Traditional Music Archive are of great significance because they preserve much of the traditional music of the south of Ireland as it was sung and played in the years before traditional culture there was devastated by the Great Famine of the 1840s.

Comprising music that could easily have disappeared from the repertory, the manuscripts provide unique insights into the evolution of Irish traditional music. From these manuscripts, Mick, Emer and Aoife have chosen music ranging from unusual versions of tunes in the modern repertoire to those apparently unique to the collection.

In 2014 they received a TG4 Gradam Cheoil award for their collaborative work in exploring this varied and intriguing repertoire.

With two CD recordings, the trio present a captivating approach to the arrangement and interpretation of these historical musical materials, at times enlarging the instrumental palette and adding layers or conversely paring things right back. The resulting sound, having continued to develop through live performance for a number of years now and always displaying a sense of stylistic individuality, is as compelling as ever.