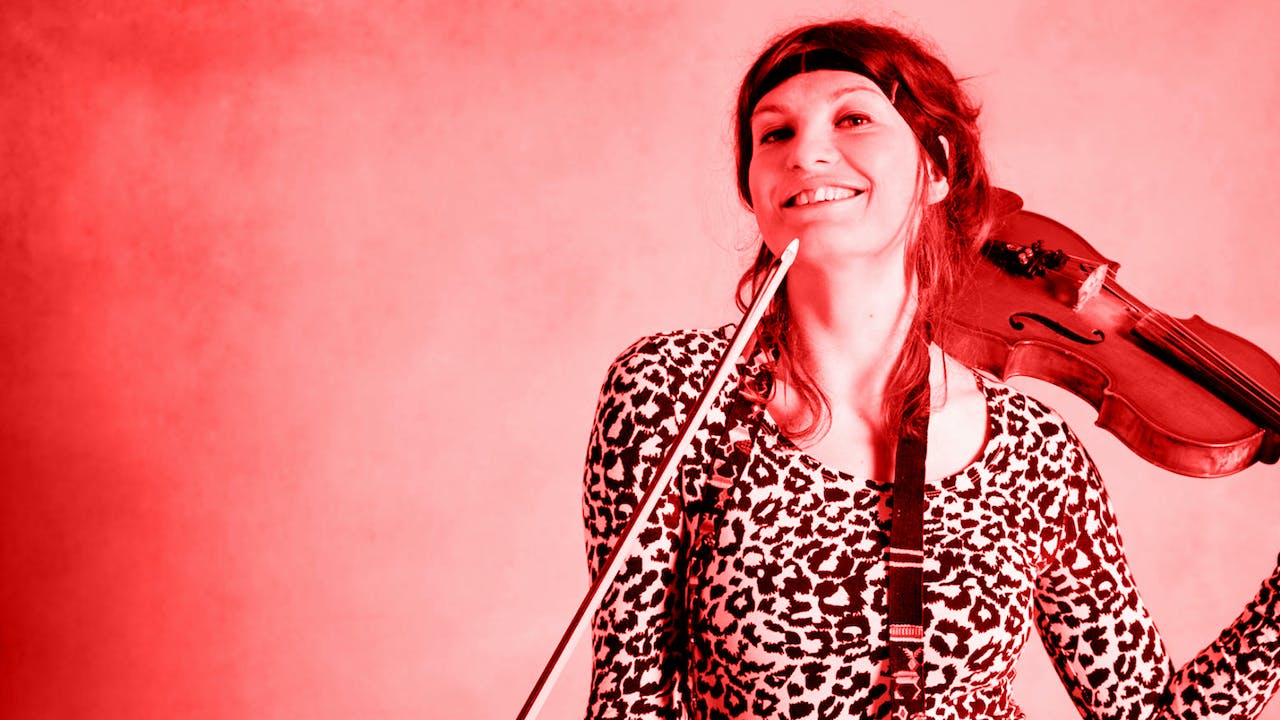 A UCC graduate, Sligo- based Austrian violinist/singer/yodeller and composer Claudia Schwab has performed on numerous recordings and collaborated with a range of cross-genre artists both established and emerging. She has published two CD's of original work in 2014 and 2017. In 2019 she was commissioned to write for the National Concert Hall’s- Sounding the Feminists Commissioning Scheme. The winning commission will be premiered at this performance.
Claudia was also awarded a Next Generation Bursary Award from the Irish Arts Council, the Neuer Deutscher Jazzpreis 2019 with the Band “Shreefpunk + Strings”, followed by the Hubert Von Goisern Förderpreis in 2020.