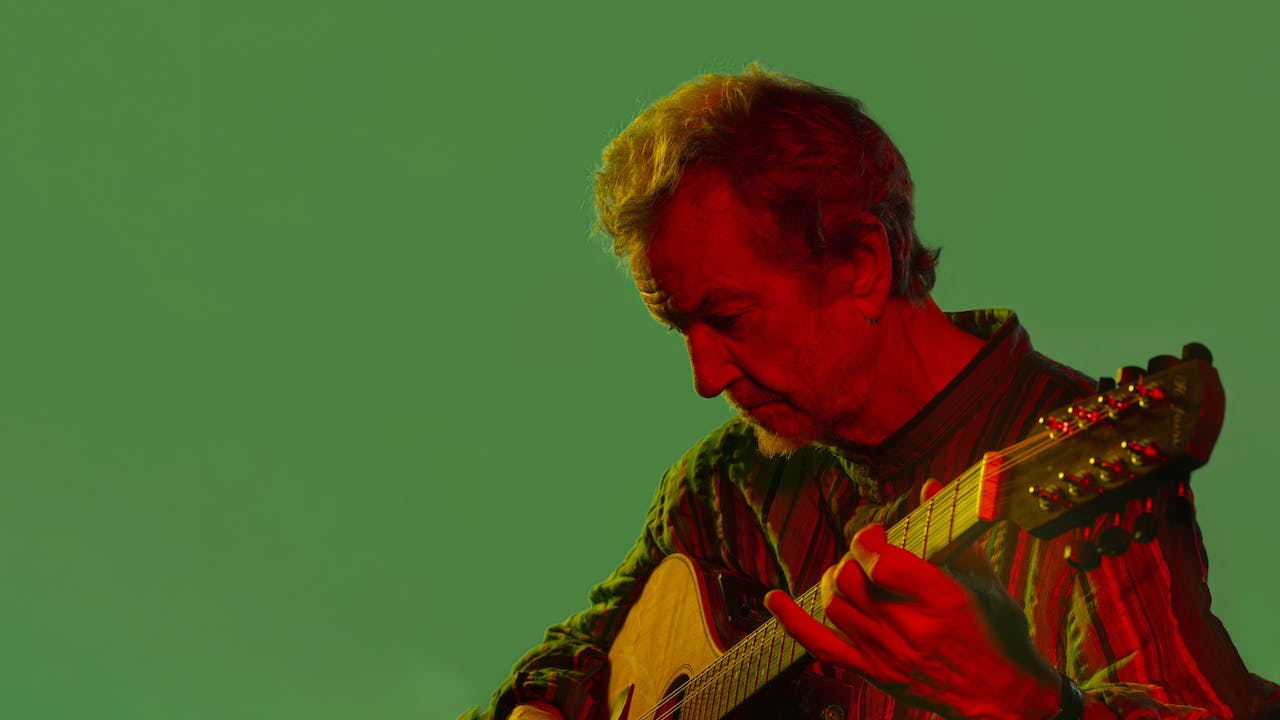 Andy Irvine is one of the great Irish singers. Throughout his over 50-year career, Andy has been at the helm of legendary bands like Sweeney’s Men in the mid 60s, to the enormous success of Planxty in the 70s, and then from Andy Irvine & Paul Brady to Patrick Street, Mozaik, LAPD and Usher’s Island. Andy has been a world music pioneer and an icon for traditional music and musicians.

Andy Irvine has been a devotee of Woody Guthrie, the Oklahoma singer and songwriter since first hearing him on record in 1957. At that time Woody’s career had already finished and he was languishing in a psychiatric hospital in New Jersey..

Andy started writing to him and though Woody’s disease left him unable to write back, the couple who took him out of the hospital at weekends would answer the letters and tell Andy what Woody would have written himself.

Andy also recorded and sent Woody tapes, sometimes singing Woody’s songs and Woody would sing along with the recording.

Andy has spent a lot of time during the ongoing pandemic, arranging a programme of Woody’s songs, in his own inimitable style, and will perform it on stage at the National Concert Hall, accompanied by his old friend, Rens van der Zalm on fiddle, mandolin and guitar.